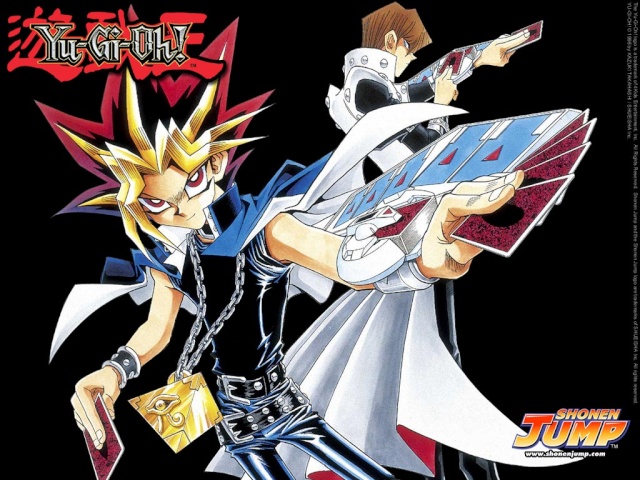 Nick in Over His Head!

Nick in Over His Head!

Neither player has any cards on their field. "Alright, Jonas, I'm not planning to lose!!" Nick draws a card. "I summon my Submarineroid in attack mode! (ATK/800 DEF/1800) Then I activate my 7 Completed Spell Card! Now I'll choose to increase Submarineroid's Defense points by 700! (DEF/2500) Now Submarineroid, attack! Sub-Teranian Sneak Attack!!" Jonas' lifepoints didn't drop. "What's the deal??" "I had a Kuriboh in my hand, so I discard it, and I don't take any damage, plus since your Submarineroid didn't deal damage to my lifepoints, you can't switch him to defense mode." Nick growled and placed a card in the Spell/Trap card zone. "I activate Ancient Gear Castle! Now any Ancient Gear Monster I summon gains 300 attack points! And that's not all, when this card is on the field, each time a monster is summoned or set, it gets a counter! Next I'll put a card facedown and end my turn!" Jonas drew his card. "I activate Ancient Rules! Know I can summon a non effect monster of any level from my hand, so I summon my Summoned Skull in Attack Mode! (ATK/2500 DEF/1200) And since it was a Special summon, you're castle doesn't get any counters! Now attack Submarineroid!" Submarineroid was destroyed and Nick's LP Counter dropped to 1500. "Oh man, this is bad...but not matter! I activate my Aegis of Gaia Trap Card! Now I gain 3000 Lifepoints..." He said. "And you loose 3000 more...I activate my Mystical Space Typhoon! Then I'll activate Meteor of Destruction, so you lose 1000 lifepoints!" "GWAAAA!" Nick's counter dropped to 500.